The 45th President of the United States, Donald Trump, has said that his new non-fungible token (NFT) trading cards will come out on December 15, 2022. Trump launched the NFT collection via his Truth Social account; he assured his supporters that the NFTs would “make a nice Christmas gift”. 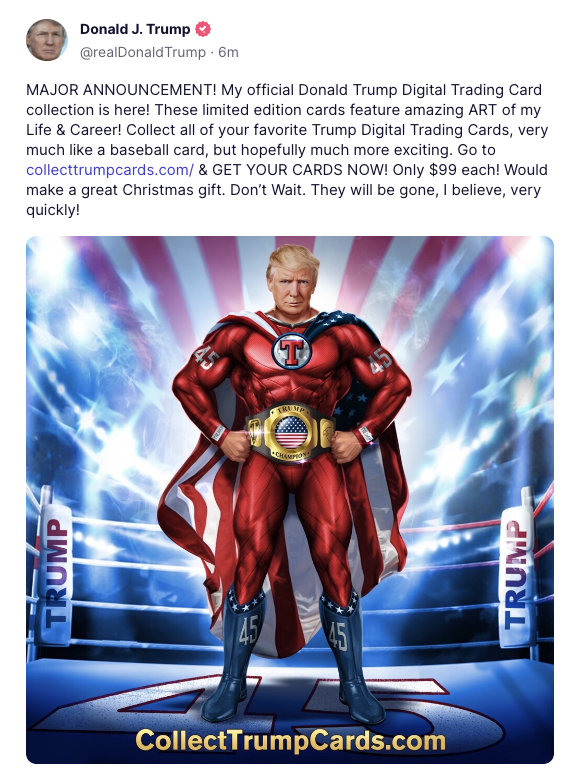 According to the official website, each NFT costs $99 and was developed by illustrator Clark Mitchell.

Famous people from all walks of life are paying attention to the crypto industry. The most recent addition is former US President Donald Trump, who has released a collection of non-fungible token (NFT) trading cards.

Legal residents of the 50 United States and the District of Columbia who are at least 18 years old can enter the Official Donald Trump NFT Collection Sweepstakes.

Analyst Eric Wall compared the project to a “SimpDAO.”

These NFTs provide you with community access. Dinner with Trump, golf with Trump, Zoom conversations, one-on-one sessions, or autographs are all options.

These aren’t your typical baseball cards. It’s a SimpDAO!

After social media celebrity Irene Zhao founded IreneDAO in January, the term “SimpDAO” was coined. The NFT project allows followers, known as “simps,” to bond over their passion for Irene and receive rewards.

For example, free tokens, meet-and-greets, and phone calls On OpenSea alone, it has produced $3.3 million in secondary NFT sales.

On December 15, Trump made a “big announcement” on his social media platform, Truth Social, unveiling a set of 45,000 NFT playing cards with artwork showing himself in clothes such as golf wear, hunting gear, and a superhero costume.

According to Trump’s website, the cards are “designed as collectable objects for individual enjoyment solely, not as investment instruments.” Furthermore, anyone who buys 45 Trump NFT cards is “assured” a ticket to Trump’s “Gala Dinner” in South Florida and 45 entries into the sweepstakes.

CZ, the CEO of The former United States President, issues NFTs. And he didn’t like crypto before. We are getting there.

The main thing required to obtain a Trump NFT card is an email address, and users can pay with a major credit card or cryptocurrency. Wrapped Ethereum (WETH) is specified as the accepted cryptocurrency that consumers can use to purchase a Trump NFT.

Although there have been previous unofficial ventures, this is the first time Trump has published his own NFT memorabilia. Earlier this year, social network Parler, for example, issued Trump-inspired NFTs. On Polygon, Trump’s collection has 45,000 total NFTs, with a per-buyer restriction of 100 NFTs.

“Donald Trump is introducing his NFT collection,” cryptocurrency investor LilMoonLambo tweeted. “Everything should be sold. The bear market triumphed.”

Even conservatives perceive the launch as a failure. “Love the guy, but this puts people off,” said Robby Starbuck, a filmmaker and former Republican congressional candidate.

Jesus Christ, there’s a commercial for it. 🤦‍♂️

Thirty-five wallets hold at least 45 trump NFTs, which entitles them to dinner with him. 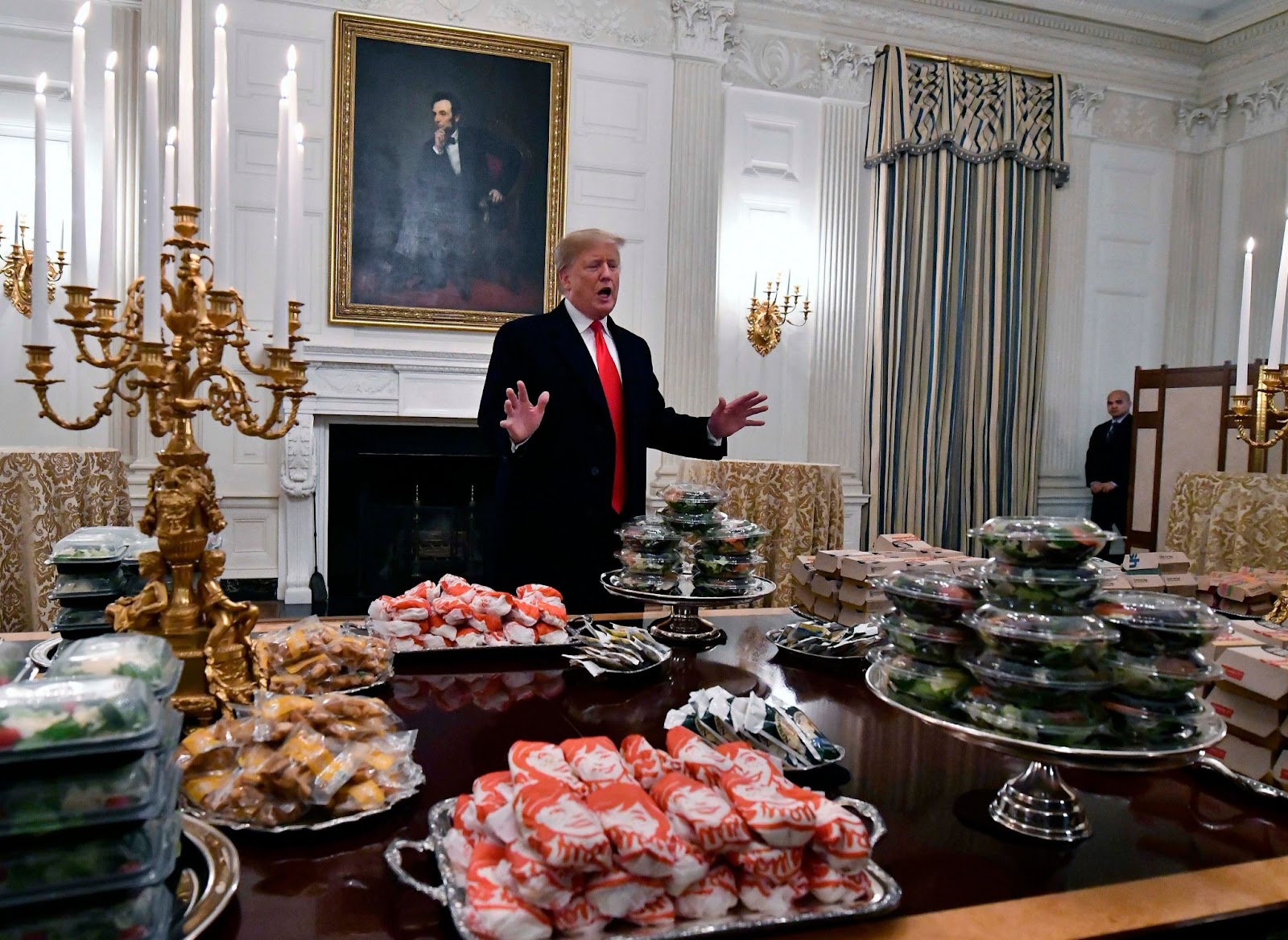 Crypto adoption is going mainstream; it’s just a matter of time. Donald Trumps in 2021: Crypto is dangerous. It can be an explosion like we have never seen before.

Donald Trump in 2022: I’m doing my first official NFT collection. It’s worth noting that the collection was released three years after Trump voiced his disdain for Bitcoin and other cryptocurrencies.