The DeSci movement advocates for real decentralization, rejecting institutional influence and supporting citizen research in the quest for truth. The most amazing aspect of innovations is that they often bridge across various industries, and Web 3.0 (the decentralized web) has so many use-cases aside from DeFi. Its major goal is to promote transparency, enhance security, and expand community-driven approaches to how our society functions.

What is DeSci? Just another buzzword?

Decentralized science (DeSci) is a movement that aims to use the Web3 stack to build public infrastructure for funding, creating, reviewing, crediting, storing, and disseminating scientific knowledge in a fair and equitable manner.

DeSci’s goal is to build an ecosystem in which scientists are incentivized to openly share their research and receive credit for their efforts, while also allowing anyone to easily access and contribute to the research.

DeSci believes that scientific knowledge should be accessible to everyone and that the scientific research process should be transparent.

DeSci is developing a more decentralized and distributed scientific research model that will be more resistant to censorship and central authority control. By decentralizing access to funding, scientific tools, and communication channels, DeSci hopes to foster an environment in which new and unconventional ideas can flourish.

Science is failing to meet modern-day needs because the systems that have guided serious research for millennia no longer provide all of the essential advances. Over the years, science has become a monolithic institution; an altar to which contemporary society offers its brightest and finest; an altar to which world governments lay innumerable tithes; and an altar to which humanity lays its faith in order to address and avert critical global challenges.

To avoid further capture and entrusting the world’s faith to a select few, we must decentralize these organizations and their modes of operations in order to maintain transparency and accountability.

The DeSci movement aims to enhance scientific funding; unleash knowledge from silos; eliminate reliance on profit-hungry intermediaries such as publisher conglomerates, and increase collaboration across the field. Research is hard and problematically peer-reviewed.

Decentralization opportunities and Use cases

Funding is a nightmare for scientists, and the system does not always reward excellence. Scientists spend a significant amount of time drafting grant applications.

“Funding is an especially acute pain point for scientists, who spend up to half their time writing grant proposals. Success in getting funding is heavily tied to metrics such as the h-index, which quantifies the impact of a scientist’s published work. The resulting pressure to ‘publish or perish’ incentivizes the pursuit of novel research over work that’s critical but less likely to grab headlines. Ultimately, inadequate and unreliable funding not only reduces the amount of science being done, but also biases which projects scientists choose, contributing to issues such as the replication crisis.” — Sarah Hamburg (Co-Founder phas3 & LYNX)

With a growing population of scientists entering the field, there are more ideas than available money, and it’s no secret that scientific research is becoming less of a priority to the government, so there’s an incredibly competitive and more rigorous process for scientists to get grants from the government, allowing organizations with biases and monetary/political interests to make more decisions on which research gets funded.

Exploring the DeSci Approach to Funding

This new model of organization, compared to traditional companies, is open, global, and transparent, based on these merits researchers can list their research projects in the DAOs as a means to engage with potential investors and secure funding for their projects.

Since the inception of the movement, a few initiatives have emerged to demonstrate that DAOs for researchers are more than simply a fad, such as VitaDAO, AntidoteDAO, and LabDAO among a host of others.

By experimenting with new incentive models produced by DAOs and Web3 broadly, Web3 has the ability to disrupt this dysfunctional funding model.

Publishing Science publishing is notoriously difficult to manage because it is run by publishing companies that rely on free labor from scientists, reviewers, and editors to generate papers but then charge exorbitant publishing fees. The public frequently cannot access the same material without paying the publisher again, despite the fact that they have typically indirectly paid for the development and publication costs through taxes.. Individual science paper publishing fees are frequently in the five figures ($USD), undermining the entire concept of scientific knowledge as a public good while generating enormous profits for a small group of publishers.

Just as this has been a problem for a pretty long time, there have been numerous open-research advocates such as Aaron Swartz, an MIT student who illegally uploaded millions of articles online to oppose the research paper reseller industry, and https://en.wikipedia.org/wiki/Alexandra_Elbakyan, who founded Sci-hub, a website that allows users to circumvent paywalls, making academic articles available to the public.

There have also been “almost successful” initiatives advocating for open research in the past, such as thousands of scientists attempting to boycott Elsevier’s paywall, but as you might expect, these platforms have already amassed so much authority that the campaign’s impact was insufficient to solve the problem and regulating bodies consistently trying to shut down most of this advances like in the case of Alexandra, Sci-Hub currently faces tons of persecutions while Aaron died by suicide while on trial for his advocacies.

Exploring the DeSci Approach to Collaboration and Publishing

Since the advent of Web3, there have been various DeSci initiatives attempting to fix these issues, such as:

The most common types of intellectual property encountered in research are copyright, patents, and trademarks. Intellectual property (IP) has always been a major issue in conventional research, ranging from being trapped at universities or underused in biotechs to being infamously difficult to value.

Patents and other types of intellectual property protection frequently concern scientists and researchers since it is seen to be counterintuitive to promote scientific growth through exclusive rights to earlier findings. As a result, scientists believe it is completely comprehensible that, while safeguarding intellectual property, scientists would progress more swiftly if they had unrestricted access to earlier information.

With these processes in place, two parties may develop extremely comparable datasets while remaining unaware of the other, thereby tripling R&D expenses. Furthermore, present data-sharing mechanisms are opaque, data gathering methods are unclear, and data is frequently not replicable.

If you’re familiar with the Web3 ecosystem, you’ll know that proper ownership, data protection, transparency, and security are just a few of the many things that Web3 excels at. Here’s a list of ways DeSci is approaching the issue of Security and IP Protection front-on:

Although I discussed IP-NFTs previously in this article, it is also necessary to emphasize their significance for scientists dealing with Intellectual Property issues.

Molecule (a decentralized scientific research funding platform) has been exploring a use case for combining IP and NFTs with DeFi since 2018, and sometime last year in august, that use case was fully realized and they announced the first biopharma IP-NFT Transaction.

To summarize the impact of NFTs on intellectual properties: In the same way that NFTs could indeed transfer revenue for future transactions back to their original creator, transparent value identification chains can be created to reward researchers whose data are being collected.

In order to achieve this, the initial point must be a system that can be accessed by any decentralized identity with the necessary verified credentials. This enables trustworthy parties to safely copy sensitive data, providing redundancy and censorship resistance, reproducing results, and even allowing many parties to contribute and add new data to the dataset. Confidential computing approaches, such as compute-to-data, provide Trusted Research Environments for the most sensitive data by providing alternate access channels to raw data replication.

Web3 data solutions enable the scenarios outlined above and lay the groundwork for fully Open Science, in which researchers may develop public products without the need for access permits or payments. IPFS, Filecoin, Sia Tech, and Arweave are examples of these public data systems built for decentralization.

To learn more about DeSci: The DeSci Wiki by Dr. Jocelynn Pearlis a great resource for people to learn about existing projects in DeSci and how to get involved in them.

Web3, DAOs, NFTs, DAOs, and Tokens have the potential to create a new economy, resulting in solutions far beyond what the Open Science movement or other strategies have attempted in the past, and this movement has the potential to foster innovations, improve research funding, and greatly facilitate collaborations between researchers and the scientific community. 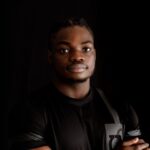 Samuel is an entrepreneur, software engineer, and developer advocate.