Not long ago, Decentrapress reported how the CEO of Paxful, Ray Youssef, advised their users to withdraw their funds from centralized exchanges to avoid heartbreaking financial manipulations. He also promised to remove ETH from the marketplace as well. 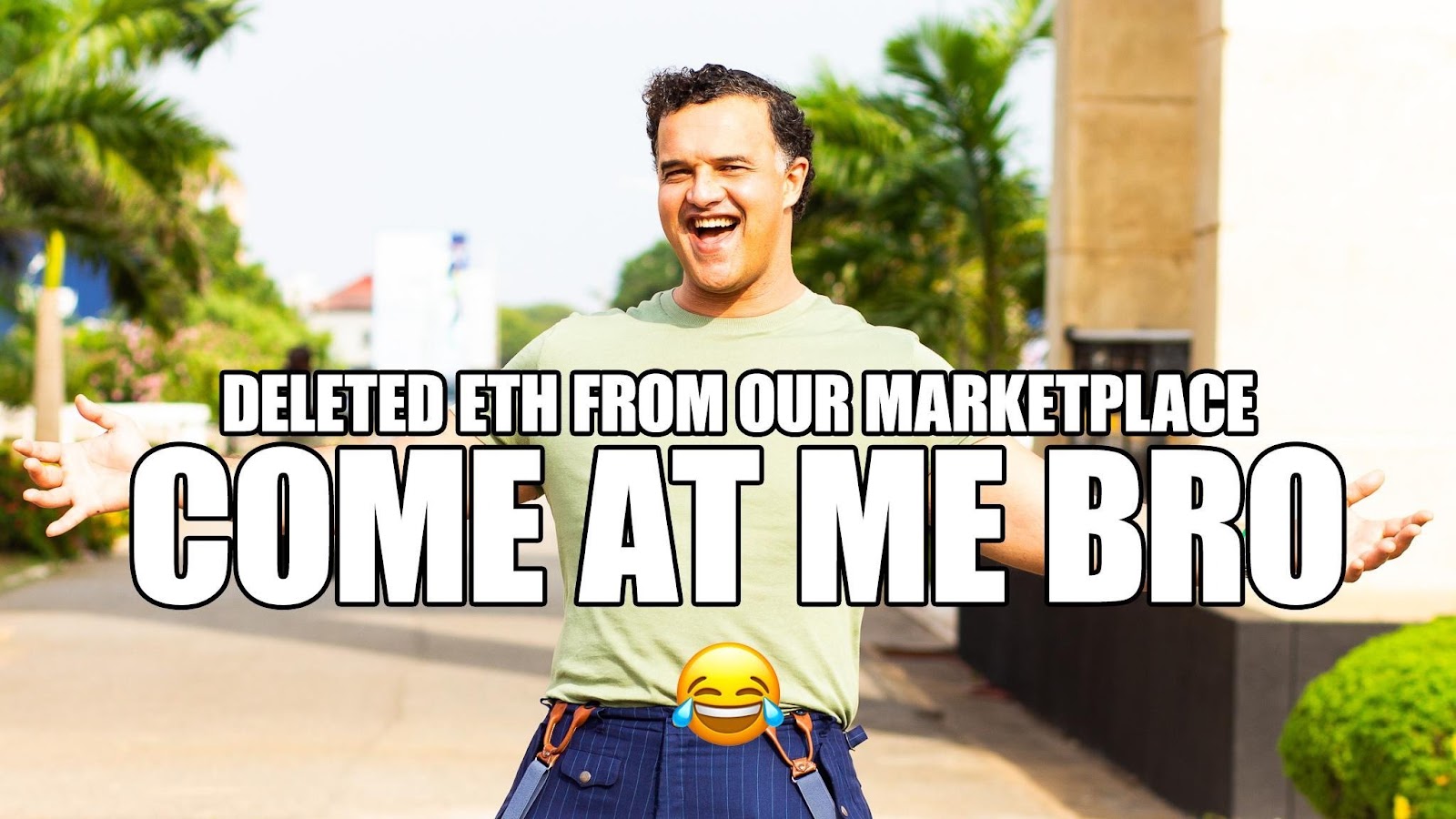 Ray announced the implementation of his earlier promise to remove ETH from Paxful in a December 22 release.

While this announcement has aroused a lot of opinions online and in the crypto world, Ray noted that he has reasons for stopping the facilitation of Ethereum-related transactions on the exchange.

Why did Ray remove ETH from Paxful?

Ray noted that he is responsible for shielding his users from financial harm. According to his release, he removed ETH due to three primary reasons.

The first reason was the monumental shift of the Ethereum ecosystem from utilizing the proof-of-work consensus mechanism to using proof-of-stake.

He claimed this single infrastructural action has compromised the integrity of the Ethereum chain and made it “a digital form of fiat.” Thus, Ray meant that there is practically no difference between ETH and the United States dollar.

Moving on to his second reason, Ray underscored that Ethereum is fast becoming a blockchain and cryptocurrency that some selected inner-circus of people control. Again, according to him, this defeats the whole point of decentralization and even power distribution.

Finally, he mentioned that the Ethereum blockchain “thrives more on tokenization, and most of the tokens have been scams.”

Is this another BTC maximalism move?

The internet is hot as many crypto traders, investors, and thought-leaders share diverse opinions on Paxful’s recent move.

A faction claimed Ray is a Bitcoin maximalist looking for any way to get ETH.They premised their thoughts on the fact that ETH is an important crypto asset that Paxful users will always demand and is still decentralized.

On the other hand, some have raised counterarguments to Ray’s three reasons for banning ETH on Paxful. For the first point, they noted that proof-of-work is only feasible to maintain for a short term because of energy and climate concerns.

Hence, Ethereum moved to proof-of-stake, which is still decentralized because there are validators who act as watchdogs. For the second point, they argued that everyone, not just some people, is directly involved in the Ethereum ecosystem.

In addressing the third reason, some critics underscored that Ray confused the Ethereum blockchain with Ether, which was a fundamental error.

The exodus of ETH from Paxful should not come as a shock to anyone who has been following recent news in the crypto space. This means that the users of Paxful can no longer exchange ETH.

On this note, some have commented that Ray should have sought the users’ opinions before making such a move since the essence of decentralization is that people should be able to decide for themselves whether or not they want something.

While Ray might have been criticized on many grounds, Web3 founders are getting more concerned about their users than ever before. All the same, time and demand will tell if the latest decision by Paxful was a good one.

John Fawole is a blockchain technical writer and solidity developer. At Decentrapress he covers the latest stories around the blockchain industry.